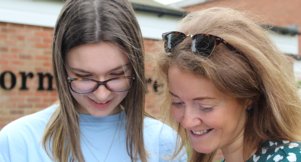 St Joseph’s College is delighted with the results achieved by GCSE candidates - this was a strong cohort who achieved superb grades in line with the College’s high expectations. Whilst grading systems necessarily change at a time of pandemic, checks and balances were put in place to ensure integrity, oversight and fairness. 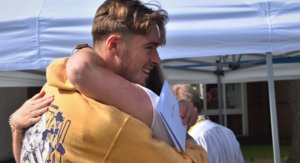 Students Deserve the Highest Praise for their Diligence and Tenacity
Author:

Students have successfully met the entry requirements for a range of top-flight universities including Warwick, Edinburgh, Kings College, Exeter, Brunel, Bath, Loughborough, Bristol and other institutions. 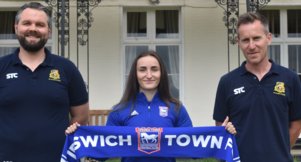 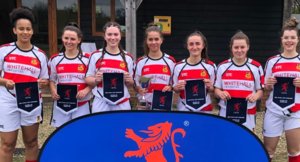 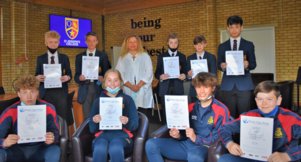 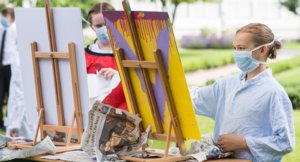 St Joseph's College Consolidates its Reputation as a Centre of Excellence for the Arts
Author:

St Joseph’s College has consolidated its sterling reputation for the arts by again being named a Trinity Champion Centre, tasked with inspiring others by sharing its outstanding practice. 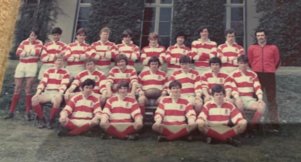 With great sadness, we report that Mr Alan George, former St Joseph’s College PE teacher and rugby coach, has died at the age of 71 following a stroke. Mr George first worked as a PE teacher at Oakhill in the early 1970s. He later moved on to the senior school, where he was instrumental in setting up the St Joseph’s College National Rugby Festival, which has become a leading annual event in schools’ rugby. 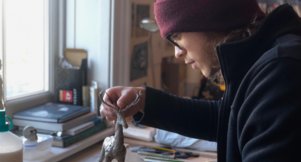 Artist Leo Bignell, an Upper Sixth Form student, has a growing fan base for his exquisite sculptures in cardboard and other materials. The beauty and painstaking detail of his creations has now been recognised by the Royal Society of British Artists (RBA), and Leo has been named as one of the 20 most exceptional candidates in the RBA Star Students competition. 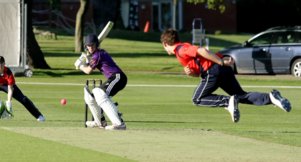 An on-going love for and commitment to the sport of Cricket at St Joseph’s College  has been recognised with the inclusion of the school in The Cricketer Guide 2021, a register of the country’s top 100 cricketing senior schools. 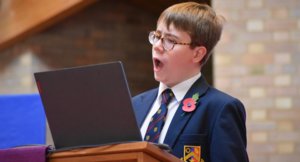 ‘Bravo, maestro!’ That is how St Joseph’s College Head of Music, Mr Guy Layton, addressed student James Hodgkinson on informing him he had been awarded a Merit in his ARSM diploma examination for Singing. 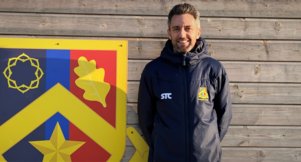 St Joseph’s College is excited to reveal the revamped structure of its popular and rapidly growing football programme. 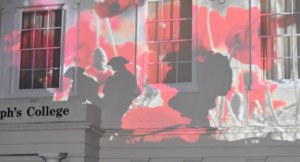 Music, poetry and a private letter sent home from the Front during the First World War added to the beauty and solemnity of the Remembrance Service held in St Joseph’s College Chapel. The event took place in the presence of Sixth Formers and was simultaneously streamed around the school and to parents and friends. 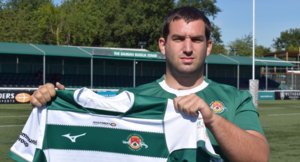 St Joseph’s College has entered a partnership with Ealing Trailfinders RC that it believes will allow students a shot at the very highest reaches of rugby whilst offering the security of an entrée into another profession should a playing career fail to materialise or be cut short. 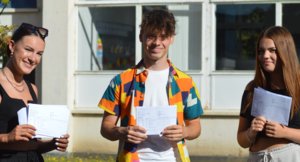 With so much to celebrate, St Joseph’s College students were hard-pressed to refrain from the good-natured hugging usually associated with results days. Instead, they allowed their smiles to say it all. Following the College’s superb performance across Level 3 qualifications last week, the Ipswich-based independent school has posted outstanding GCSE results. 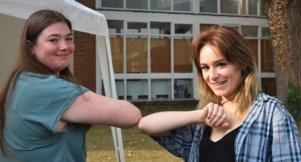 St Joseph’s College Ipswich is rightly proud of its excellent attainment at Level 3, including record-breaking A-level and EPQ results awarded to students for their hard work before the Covid-19 crisis struck. The students’ dedication to their studies once remote learning became the new normal has also ensured they are now ready to move on to the next phase of their education or working life as resilient independent learners. 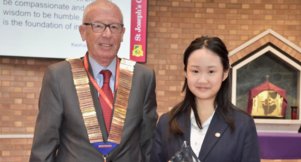 Student Harnesses the Power of Youth to Tackle Homelessness
Author:

Tanaquil Lu, a Year 10 student, has been elected Youth Parliament Member (MYP) for Suffolk South. Seven schools and youth groups in the area watched the candidates canvas for election in a video demonstrating their passion and drive to make a difference. When the votes were counted, Tanaquil headed the list. 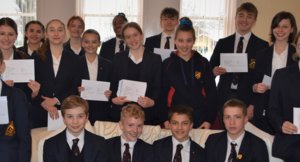 St Joseph’s College is celebrating some outstanding results in the Higher Project Qualification, with 100% of the Year 8 and Year 9 students taking part achieving A*-C grades and 16 of the 21 awarded A*-A. 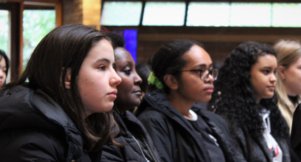 Empowering Female Students to Look Through and Beyond the Glass Ceiling
Author:

Preparation for life beyond school is integral to an education at St Joseph’s College, where staff are passionate about helping students find their way into happy and fulfilling careers. Concerned about the particular challenges likely to face female students, the College inaugurated an Empowering and Inspiring Women in the Workplace event, open to young women studying at the College and other local schools. 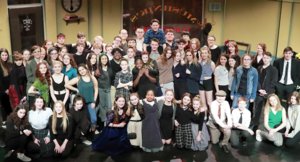 Be Careful What You Wish For! St Joseph's College Cast Rocks 'Little Shop of Horrors', a Darkly Comic Morality Tale for the Age of Celebrity
Author:

Bursting with green energy and black comedy, the early sixties inspired music and macabre storyline of The Little Shop of Horrors were in safe hands when the students of St Joseph’s College performed the musical to five packed houses at DanceEast, Ipswich (February 4 – 7). 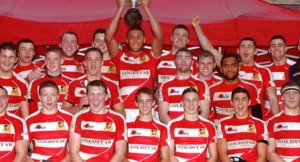 Ethan Waddleton and Tom Emery, former students of St Joseph’s College, Ipswich, are once again taking to the pitch together as part of the England Men’s Sevens team. Ethan and Tom, who left the school in 2015 and 2016 respectively, are reigniting the level of excitement in the school community reached with Lewis Ludlam’s inclusion in the England World Cup squad in October.